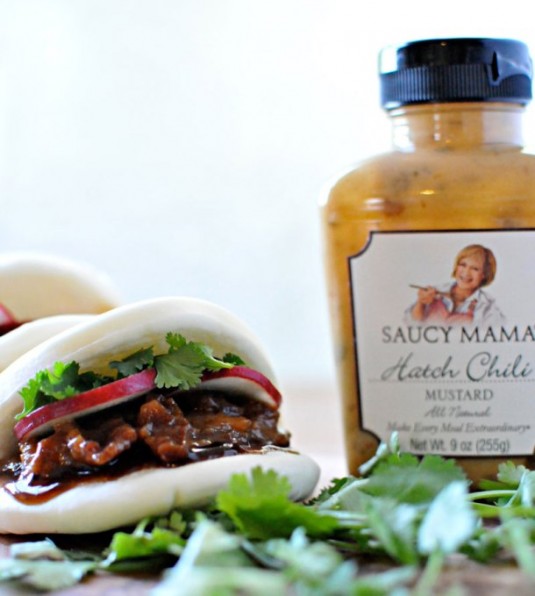 Add bacon to a cold, lidded sauté pan or Dutch oven and turn flame to medium. Render bacon until cooked through and just starting to brown, about 5 minutes. Add brown sugar and cook, stirring frequently, until sugar dissolves and bacon becomes glossy. Add hoisin sauce and mustard and stir to combine. Pour over beer.

Bring mixture to a boil, then cover, reduce heat to low and simmer for 1 hour.

Meanwhile, combine radishes, salt, sugar and rice vinegar in a medium bowl and stir thoroughly. Marinate “pickles” for about an hour or until ready to serve.

At the end of an hour, remove lid from bacon. Adjust heat, as needed, to maintain a simmer, and cook uncovered for 10-20 minutes or until sauce has darkened and reduced by two-thirds, stirring occasionally to prevent burning. Allow bacon to cool slightly.

Steam or microwave buns according to package directions. To serve, smear each bun with a smidge of additional hoisin (optional) and stuff with a heaping tablespoon of the bacon, radishes (to taste) and cilantro. Enjoy!